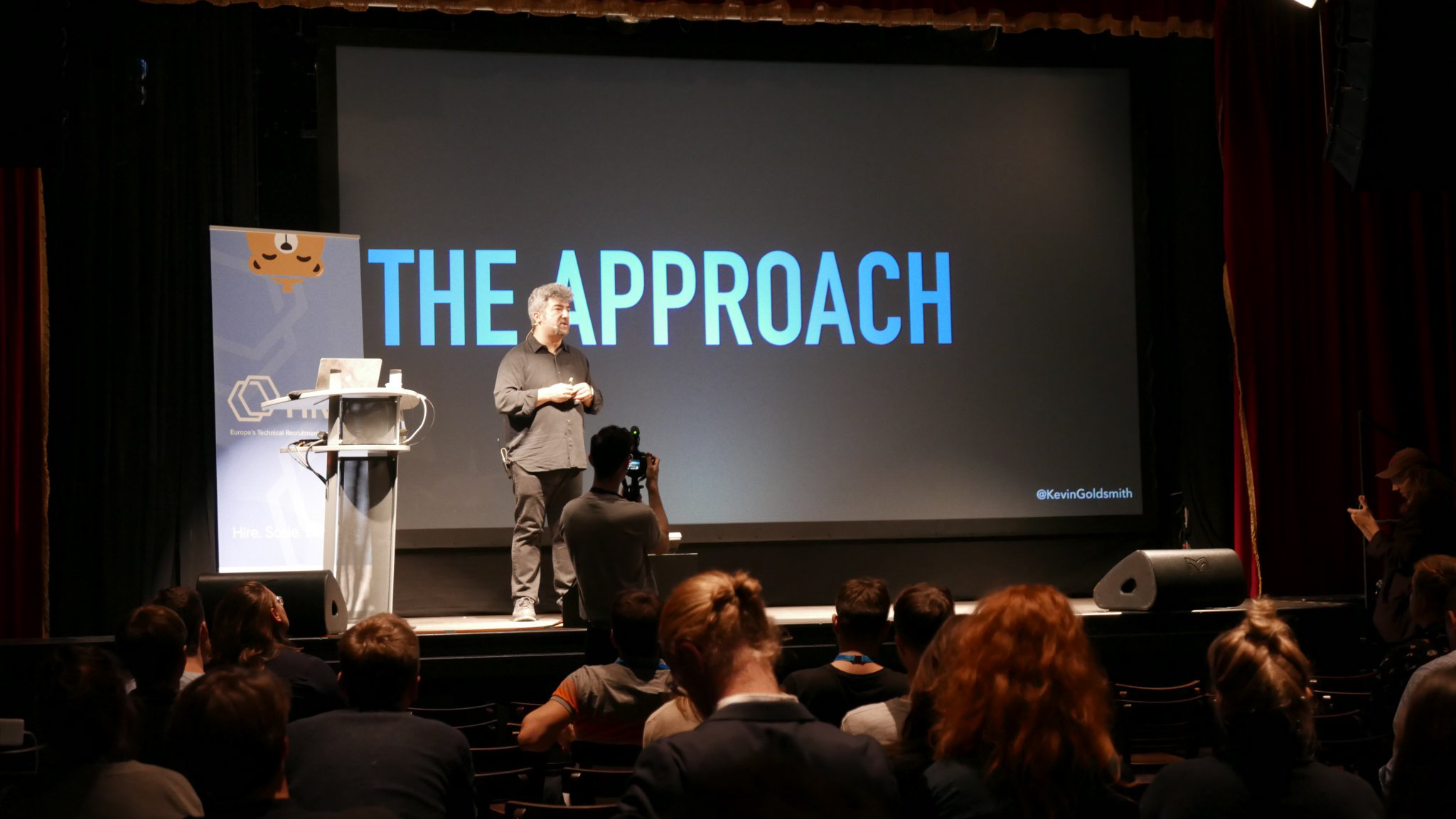 Kevin gave an awesome talk to our eco-system on agile methodologies. It was particularly powerful because, as a CTO, Kevin truly "gets" how this stuff really nets out in practice. So much of what people talk about in this space is based in theory and then falls apart when you try to apply it IRL. This session was super useful to all of our teams because he gave them the permission to figure out how to make agile work for us, and not vice versa. We hope to have Kevin speak to our community again in future. - Ruth Penfold, People Practice Lead at Launchpad from BP

Kevin Goldsmith is has spoken at over 90 conferences and companies since 2005. He has given keynotes at the following public conferences:

Kevin has also given talks for employees at the following companies:

Kevin can create a talk that is unique to your audience and the challenges your organization faces or he can give one of his well-received talks on broader challenges in the industry that will inspire and excite the people at your event.

for more information on Kevin's past talks and to see a list of upcoming engagements, please see Kevin's personal site

In the form below, provide more information about your event and the kind of talk that you would like to have.